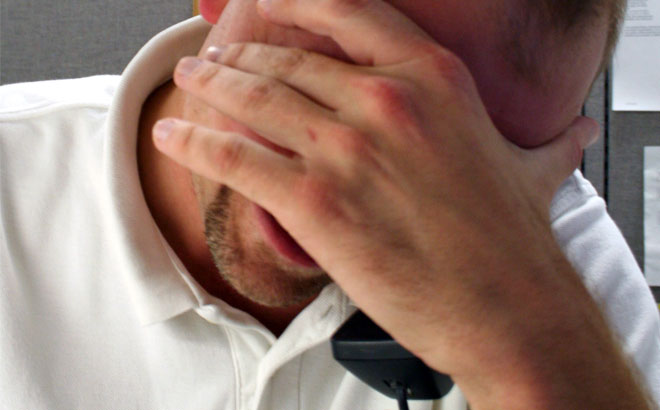 Is your divorce really worth sacrificing your health? In his guest post, life coach, Marc Slugh gives really really important divorce advice for men that could make a HUGE difference…..

Is your divorce really worth sacrificing your health? In his guest post, life coach, Marc Slugh gives really really important divorce advice for men that could make a HUGE difference in the way you handle stress when it comes to your divorce.

“Let’s be civil for the kids”, “We need to stick together and not fight for the kids sake”. Those are two of many cliche terms that newly divorced parents say to each other. They all sound so good and meaningful until the first bit of controversy hits. I said all these things to my ex wife in 1997 and really believed that I will live by these words. Then the the S..t hit the fan. Money issues started, weekend switching questions started and being civil, sticking together quickly fell apart. My lawyer (a woman by the way) warned me and gave me a map, like a roller coaster how the divorce time line was going to go. Up times and down times, over and over. Wow was she dead on right. Are you riding the roller coaster? Are you on the upswing or the downswing?

Eighteen years after the divorce things aren’t great but wow are they so much better. If you are in the beginning of the journey, with kids, paying alimony and child support, don’t let the stress take over your existence. You might get pushed to your emotional limits but please take it from me, it’s not worth getting sick over.

Personal experience in this area is a HUGE part of my story. I was paying A LOT of money monthly in child support and alimony and business was getting worse and worse in 2004, 2005 and early 2006. There was no reasoning with my ex (we were clearly on a DOWNSWING of the coaster) and I let the stress take over me. I ended up in NY Downtown Beekman hospital on August 1 2006 in the midst of a heart attack. 95% blockage in an artery and according to the physician 2 hours away from death. My cardiologist who saw me the next few days said that stress was the major factor in the attack since my numbers weren’t that bad.

After that incident, the relationship with my ex changed forever. I went to life changing self development classes and learned so much about myself and others I never knew before. It really opened my eyes to new possibilities. I learned how to LISTEN better to other peoples needs, including hers, as difficult as that seemed at this point. I learned how to speak with her in a civilized way where I could get my point across without a fight. We got along so much better and she was much more reasonable towards money and flexibility with the girls.

One of the ways I would suggest that you reduce stress is to reduce the arguments you two get into. A great way to accomplish this is to be the first to offer a concession on something you always fight about. For example, if you are usually late to pick up or drop off your kids (which sometimes is done subconsciously to start a fight) get there 30 minutes early the next time and continue to make that a habit. Another good way to reduce the stress of fighting is to be EXTRA generous to the kids. Buy them new sneakers, pay for the ballet school two months in advance without her knowing or asking. Small deeds like these go a long way in easing the bitter taste she might have in her mouth towards you. It’s a random act of kindness that gets to soften up the hard exterior that will pay dividends in the end.

Marc Slugh and his wife, Danielle are the founders of their life coaching practice, Acceler8 Coaching, where they host events, webinars, and offer individual life coaching sessions. Learn more: acceler8coaching.com

No Comments Yet.
' Reply