Lack of Sex In Marriage Has Man Wondering "Do I Have To Earn It?"By Jackie Pilossoph 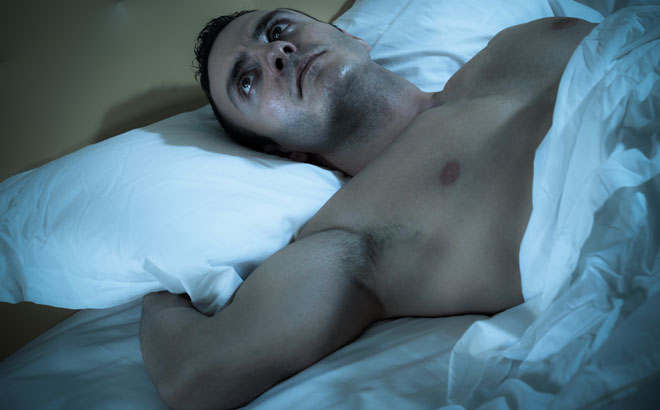 Wait till you read this comment I received from a man wondering if lack of sex in marriage is because he hasn’t “earned it.” For almost all of the 25…..

Wait till you read this comment I received from a man wondering if lack of sex in marriage is because he hasn’t “earned it.”

For almost all of the 25 years we have been married, I think that subconsciously, I have spent the entire time trying to “earn” the right to be intimate with my wife. I do a lot around the house. I make the kids breakfast and pack their lunch daily. I run the kids anywhere they need to go (though I enjoy spending time with my daughters even if it is just a ride from school.) I take the dog to the vet and the groomer. If we need something from the store, I am right out the door to get it. I manage the finances, I make 80% of the household income. I am attentive, compliment her regularly, and it is because I mean it.

In short, I try to make sure I am doing what a good husband is supposed to do, yet none of it seems to matter. I rarely ever ask to have sex, and when I do, it seems like it is a chore to her to say yes. I have tried to talk about it, but she gets very angry and says she is tired of my “overbearing sex drive.” I mean, asking once every other week is overbearing? I am at a loss of what to do next. I love my wife dearly. It’s just that i have gotten to the point in my life that I wonder if maybe I need to make this change.

First of all, this guy sounds like a wonderful, wonderful husband and father, who loves being monogamous and who loves his wife and kids.

I am extremely saddened (and a bit horrified) that he used the term “earn” when it comes to sex. Sorry, but I’m cringing. No one…I repeat…NO ONE…neither men or women should have to “earn” the right to have sex with their partner.

Sex should be an act of love and lust and physical desire meant to please and be pleased by your spouse. It should never be an obligation, it should never be expected, and it should never feel like you are getting it as a reward for doing what you are supposed to do as a husband or as a wife.

What I’m saying is, this guy should be doing all these things—making the kids breakfast, packing their lunch, driving them around, taking the dog to the vet—because he is doing his part for the household/his family. AND, he shouldn’t be doing these things with the ulterior motive that if he keeps his wife happy she will have sex with him.

On the flipside, his wife should be having sex with him because that’s part of what a marriage is too! Even if she was having sex with him because he was doing all of these wonderful things, that’s messed up. The thing is, I’m not saying both people in a marriage always want to have sex at the same time. there are plenty of times one wants it and the other doesn’t. But, being in a healthy marriage means giving to each other and making the other happy, and then receiving at times, too.

The part that really bothers me about this situation is his wife’s constant rejection of him physically. There is definitely something going on that he needs address with her. She could be having an affair. She could be angry with him and therefore be holding back sex. She could feel really badly about herself and have issues he doesn’t know about –addictions, depression, hormone imbalances. There are countless things it could be, and it needs to be called out NOW.

This poor guy, I just want to hug him. Perhaps the worst part of his comment is “I love my wife dearly.” Honestly, she doesn’t sound very lovable to me. She sounds cold and distant and for lack of a better word, cruel. She is hurting him and she has to know that.

Most likely, what will happen is, the guy is going to build up a ton of resentment (which has most likely already happened.) He is then going to act out in some way, by either cheating or emotional abuse, or addiction, or he is going to leave.

He needs to sit down with his wife and tell her how he feels. He could actually read this email to her verbatim and see how she responds. Maybe HER jaw will be on the ground and she’ll say, “I had no idea you felt that way, I’m so sorry!” Highly unlikely, but anything is possible, right? Or, she will say, “I don’t love you anymore,” or she will tell him she’s cheating. Or, she might agree to go to therapy.

Nothing good can come from doing nothing. These two people need to talk.

Another bad thing about this relationship is that the kids are seeing how their mother treats their father: with coldness. Who wants their kids growing up thinking it’s acceptable to treat their husband this way, or if it’s a boy, thinking he should accept a cold, uncaring wife?

TALK to her. NOW.It might not be too late.

Thank you for your article. I found this interesting. -Michael C. Craven, Chicago Divorce Attorney http://www.divorcelawyerschicago.org/

Thanks for posting this as a reply to my question. I have tried to discuss this previously with her in a very calm, relaxed way. It was never received well, and the response I got in return so brutal, I can honestly say, that I will never try and talk about this again with her. She would rather spend time on her iPhone or laptop. Our youngest will be out of high school in a couple of years, and maybe a change will be in order then.

I'm so sorry. I'm sure it is very difficult. I wish you all the best.

As some one that went through this last year the cynic in me is that she is having an affair. Maybe it's an emotional/hormonal issue and hopefully that is the case.

Gary, sorry to hear that you had to deal with that. In my case, I really don't think she is having an affair, unless it is during work hours. My wife would rather just bury herself in her iPhone or laptop and surf the web. If I try to engage her, it is usually met with a slight hint of annoyance. I guess she is like most women in their 40s and up. They really have no interest in sex, and would rather just be left alone.

I went through this, did counselling & did more and more to try to win her over. Then one day I got her a wonderful Xmas present and she realized that it had to end, she didn't love me. Hurt like hell but probably the right choice.