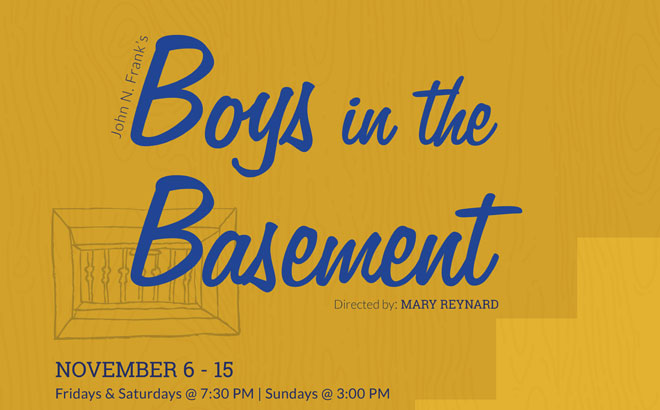 It’s an interesting way to offer divorce support for men, but playwright, John N. Frank is doing it in his new production, “Boys In The Basement.” Here is Frank’s guest post about his Evanston based play, that he hopes will help both men and women facing divorce.

I was so glad to hear about this blog for divorced men. When I got divorced back in 1993, there were no resources like this for divorced men. And the lack of support was especially acute for divorced dads who were trying to stay in their children’s lives while rebuilding their own lives as well.

What men go through in a divorce is often ignored. Men, after all, are taught to always show strength and to hold back any feelings that betray that strength.

So when they get divorced, people who know them — at least those who keep talking to them — assume they’ll be fine. Very often, however, they are not, and they need the type of support, both professional and societal, that woman also need and more often get after a divorce.

I’ve written a new play that talks in a very unapologetic way about what men go through in divorce. I invite you all to check out our website and to come see our show, which runs on the next two weekends, Nov. 6-8 and Nov. 13-15, in Evanston.

My play, Boys in the Basement, looks at an apartment house full of divorced men and examines how they cope, many badly, with their divorces.

Player, the leader of this fractured men’s club, counsels him to forget his children, to move on and cope as men do, by looking for quick pleasure in the form of casual sex. Use women and toss them aside, is Player’s advice.

Player and Rookie represent the two ends of the spectrum in Boys in the Basement. Other characters run the gamut in between, from a woman who has been jilted by Player to a young couple stumbling to find out if true love can actually exist in this troubled world.

My hope is divorced men will come see the play and relate to the pain of the male characters to find out they are not as alone as they feel while women will come to get a better understanding of what men actually feel after a divorce.

We plan discussions with audience members after each Friday performance and we’re even offering a divorce special for anyone who has been divorced. Simply go to our ticket site and type Divorce in the discount code box to get it. http://www.brownpapertickets.com/event/2156428

I look forward to hearing what you think, and what you’ve been through.

John N. Frank is a former business journalist turned playwright, who in addition to writing “Boys In The Basement” plays a leading role and is a co-producer of the production. Frank, who holds a Masters Degree in Journalism from Northwestern University also wrote and produced two other plays. Frank is a father of two who got divorced after 16 years of marriage. In 2007, Frank married his wife, Carolyn. The couple lives in Evanston.