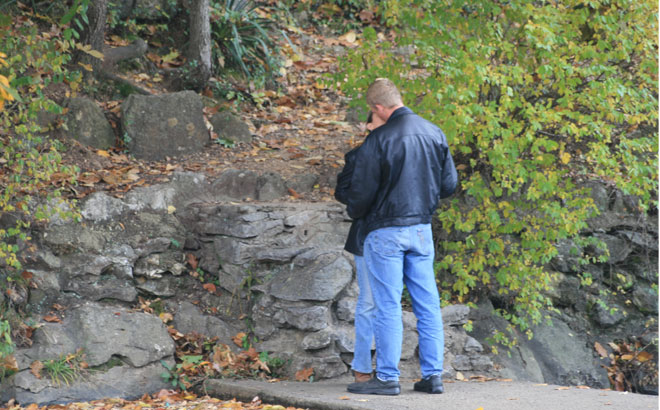 I have a good guy friend who is dating a divorced woman with a child. It’s a pretty rocky relationship. So, who is his new favorite go-to person for advice? Moi. What my friend called and said to me a few days ago was, “I think my girlfriend is cheating on me.”

He gave me some details—specifically that the girl was being very evasive about her weekend plans, didn’t want to get together with him. He tried talking to her about it a few different times and she’s not offering up any information, only that she just wants to hang out with her friends. That led me to my answer, which was “I have no idea if she is cheating or not.”

Here’s the part that is very blog worthy. My friend started telling me about this woman’s divorce. Apparently, she cheated on her husband during the marriage. She told my friend that they were having major problems and that the marriage was over anyhow, and they both knew it.

Now, before we all start judging, no one was in the woman’s marriage. No one knew what was going on. Maybe the guy was cheating, too. Maybe he was horrible to live with. Maybe he was abusive, or had an addiction. We don’t know.

Here is what I do know. This woman made the choice to cheat. She didn’t wait until they were separated, she got into a relationship with another man and was sneaking around behind everyone’s backs. I can’t help it, but that shows the woman’s character.

Do I think this woman is a horrible person? No. Absolutely not. But if I’m looking out for my friend, I have to tell him that he needs to be very aware of the fact that his girlfriend chose to cheat before getting out of her marriage (or even just separating.) Not just because that means she is cheating now, but it’s about her makeup, the way she is built, how she copes with things.

I believe that people follow patterns. Yes, it’s possible for people to change, and I would like to think we all strive to better ourselves by making changes every day of our lives to try to be our best self. But, generally, people’s instincts don’t change that much.

Is it accurate to say that when this woman is unhappy, she cheats? Not sure. Maybe it was a one time thing.

Here is what I told my friend. You have to trust your gut instinct. Do not ignore it, no matter how much you love love love this girl. The gut is never, ever wrong. Ever.

Is my friend thinking that his girlfriend is cheating because of her past? Or is his gut telling him that?

It’s a tough call, and I love my friend. He’s a good hearted, sweet guy who deserves someone who is completely committal to him and him only.

I guess this all comes down to the question, “Once a cheater, always a cheater?”

I posted something on Facebook, asking “Is the phrase ‘Once a cheater, always a cheater’ accurate? Half the responses said yes, half said no, making me realize what a difficult call it is.

If you have advice for my friend, please comment here!

One Response to “I Think My Girlfriend Is Cheating On Me”