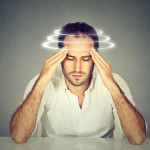 I got divorced last year after 25 years of marriage. The divorce was my wife’s idea, initially I didn’t want to have anything to do with the process, and was non-contentious.

I thought I was handling the post-divorce situation okay until about four weeks ago. In an emailed response to a question I asked, my ex said “I’ve dated a few guys and am now dating someone semi-seriously.”

When I read that I got woozy and thought I would keel over. In subsequent days I sank into a situation of anxiety and great sadness, so I started seeing a therapist and joined a divorce support group.

I haven’t dated so her news came as quite a shock. Her rationale for dating is she had been mourning the marriage for years so she’s already experienced what I am now experiencing.

Also, I read that within college-educated couples (our situation) the wife initiates the divorce 90% of the time. Any theories as to why that is, assuming the statistic is correct? Are women divorce-crazy nowadays or is that an over-simplification?

This email brought me back almost a decade, to when I was first separated. A few months into the separation, I found out my ex-husband was dating my neighbor. To say I was upset about it is a major understatement.

The thing is, both of us wanted the divorce. So, why did I go ballistic when I found out he was dating? Let’s put aside the fact that he was seeing a woman who I truly thought was my friend behind my back. That killed me. But regardless of who it might have been, and who initiated the divorce, there is something very shocking and almost devastating by your ex dating someone new.

I can’t really describe why it bothered me so much. I don’t remember thinking I wanted to get back together. I wasn’t jealous. But something felt strange, kind of like, “Hey, wait a minute! That’s my husband!” But the reality was, he wasn’t anymore.

It felt kind of unfair, like why does he have the right to start moving on when I haven’t wanted to yet? It felt lonely. It felt like maybe he was having a great time and here I am, still crying in my pillow every night.

Eventually, I came to grips with it and found my own road to peace and happiness. I realized unproductive it was to feel sorry for myself or feel like a victim or feel angry because he had someone and I didn’t. At some point, you get to a place where his (or her) love life just doesn’t matter to you anymore. It’s sad in a way, but it’s also very liberating and feels good—like you are healing.

I do think that often times the person who starts dating first probably did mourn the marriage before it officially ended. It makes sense. That should be a comforting thought to this guy in a way. Or at least it should help him make sense out of her being able to date.

Lastly, in response to his question, “Are women divorce-crazed nowadays?” I will answer it by taking you to this blog post I recently wrote on the subject, “When The Wife Leaves—The Constant Debate Between Men and Women.”

The hardest part about divorce for me is that the healing takes time. There are tons of bad days and very few good days at the beginning. But then as time goes by, you start getting less bad days and more good ones, and eventually, the good days start outweighing the bad days. Bombs drop on certain days—like when you find out your ex is dating. But then something really great and unexpected happens—YOU meet someone, or you realize how unbelievably great your kids are, or you have a feeling of empowerment you didn’t even know you had. Every day, just keep focusing on doing all the right things to heal… that’s all you can do. Control what you can—not what you can’t. Be strong and keep breathing.