What Happens To Your Guns In A Divorce? Here Are Some Legal FactsBy Russell Knight 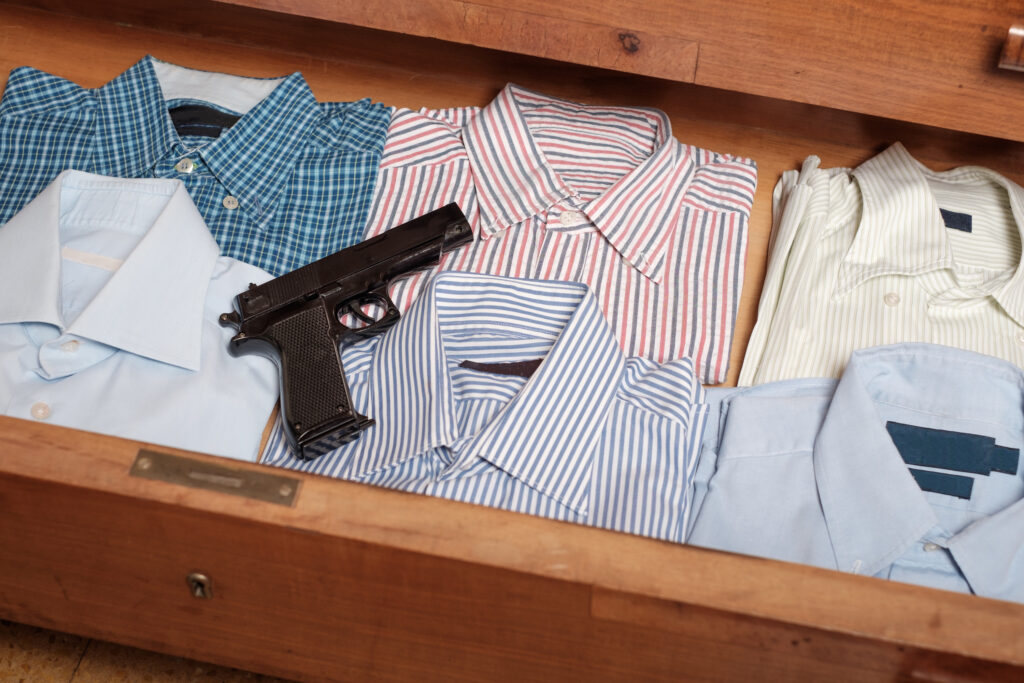 Divorce is a time when emotions run high. Having a gun in the home during a divorce can cause apprehension for either spouse. The apprehension of the unspeakable happening or…..

Divorce is a time when emotions run high. Having a gun in the home during a divorce can cause apprehension for either spouse. The apprehension of the unspeakable happening or merely an accusation that spins out of control.  Because the stakes are so high when a gun is present and a divorce is in progress, gun owners and their spouses need to know what their options are, legally, regarding what happens to your guns in a divorce.

A Gun Is Property

If a firearm was purchased before the marriage, the firearm will be deemed to be non-marital and, thus, a divorce court will not have the power to award the gun to any party other than the original owner.

If a gun was bought during a marriage, the gun is marital property.  That means the gun can be allocated by a court during the divorce to either party.

Typically, a gun labelled as marital property will be awarded to the person who has the license to carry the gun.  If so, the court will usually award half the value of the gun to the other spouse as their marital share of the gun’s value.

If both parties are firearms license holders, then they must agree as to who will keep the gun or the court will order the gun sold.  Guns are sold very easily at pawn shops and/or gun shows.

Because guns can be sold so easily, they sometimes act as a kind of currency: easily traded away without much trace.  Because of this, it may be a good idea to ask a court for an injunction order that prevents either party from selling any guns until the court makes a full inventory and ruling.

Guns And Children In A Divorce

Most states have strict laws about guns being in the house when children are also in the house.

Specifically, statutes usually require that both parents agree that the child can stay in the house if there is a gun in the same residence.

But, there’s also usually an exception for a properly stored and locked gun. If the gun owner is practicing the utmost safety practices, the law probably allows the gun owner to keep a gun if children are also in the house.

How can the other parent be sure those utmost safety measures are being taken? The other parent can simply ask.  If the gun-owning parent refuses they will soon be in court demonstrating their safety procedures to a family law judge who probably is not a huge fan of a gun/kid combo.

In fact, family law judges usually make all decisions about children based on the “best interests of the child.”  Good luck to anyone who tries to explain that having a gun around a child is in the child’s best interests.

Orders Of Protection And Guns

The 2nd amendment allows Americans to own a gun…under reasonable conditions.

Every state says that having an active order of protection against you means your right to own a gun is at least, temporarily suspended.

Typically, after an order of protection is issued against a gun owner, the gun owner must engage in a series of procedures whereby he or she surrenders their guns to the local sheriff until the matter is resolved.

If someone gets involved in a domestic dispute and calls the police, the first thing the police will ask upon arriving at the house is “are there any firearms in the house” and subsequently secure those firearms.

What To Really Do With Guns In A Divorce.

The Russian playwrite, Anton Chekov once remarked, “One must not put a loaded rifle on the stage if no one is thinking of firing it.” Of course, Chekov meant this as a literary device, but a loaded gun is liable to go off sooner or later. During a divorce, it will probably be sooner.

So, just sell the guns prior to or during a divorce.  No guns no problem.

Russell Knight has been a divorce lawyer in Chicago, Illinois since 2006. Knight amicably resolves tough cases while remaining a strong advocate for his client’s interests.

What happens if neither party have a license but all the guns are in one parties name . The other party can not buy guns legally because of threats made in the past